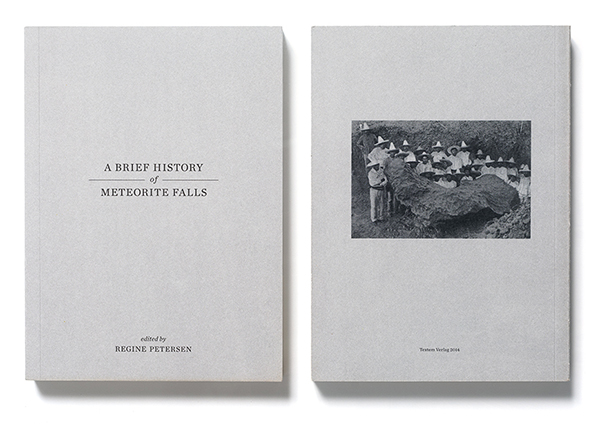 A Brief History of Meteorite Falls


Willamette, Oregon, USA, found 1902
One Indian was Susap, a 70-year old Klickitat, who testified that he had seen the meteorite as a child. He had been told by Wochimo, Chief of the Clackamas, that the Indians washed their faces in the water collected in the basins of the meteorite, and that their young warriors dipped their arrows in the water before engaging in battle with neighbouring tribes.


Buchwald, On the 14 Ton Iron Meteorite from Willamette, Orgeon, 1975

Hatford, England, UK, fell 9. April 1628
On Wednesday before Easter, being the ninth of April, about six of the clock in the afternoon, there was such a noise in the air, and after such a strange manner, as the oldest man alive never heard the like. And it began as followeth: First, as it were, one piece of ordnance went off alone. Then, after that, a little distance, two more, and then they went as thick as ever I heard a volley of shot in all my life; and after that, as it were the sound of a drum, to the amazement of me, your mother, and a hundred more besides; yet this is not all, but as it is reported, there fell divers stones, but two is certain in our knowledge. The one fell at Chalows, half a mile off, and the other at Barking, five miles off. Your mother was at the place where one of them fell knee deep, till it came at the very rock, and when it came at the hard rock, it broke, and being weighed, all the pieces together, they weighed six-and-twenty pounds. The other, that was taken up in the other place, weighed half a tod, 14 pound. Now let the Atheist (consider this, that say all things come by nature) stand amazed at this work of the Lord. But let it be to us, as Jonathan’s arrows were to David, a warning to flee from the wrath to come.


Letter by Mr. John Hoskins to his son-in-law Mr. Dawson, 1628, Wallington, Historical Notices of Events Occurring Chiefly in the Reign of Charles I, 1869

Canon City, Colorado, USA, fell 27. October 1973
The chunk of rock hit the Canon City garage on Oct. 27, ripping a six-inch hole in the roof and scaring a calico house cat named Misty behind a pile of old furniture.

»A Brief History of Meteorite Falls« is a collection of 100 accounts of meteorite impacts and fireball sightings. Each of the chosen testimonies captures an image of a time and a place; Some of them give an insight into a specific mindset within its respective cultural setting, while others simply provide detail that might otherwise remain unknown or be ignored as insignificant. Gathered from various sources and periods of time and presented together in book form, this edited volume offers a particular reading of civilization's complex histories. 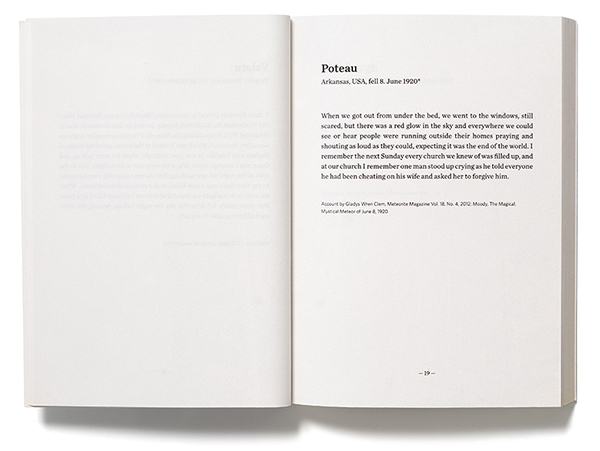